Leader of the Pack Wolf Necklace 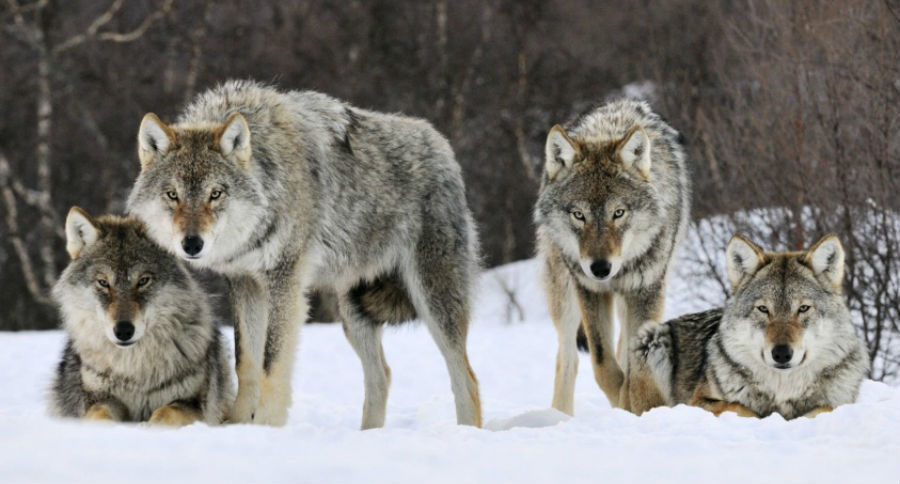 An image of a wolf can mean different things for different people. To some, it represents the wilderness, mother nature herself…recall the reintroduction of wolves into Yellowstone in 1995 that helped lead to the revitalization of an entire ecosystem.

To some, the concept of a wolfpack evokes a sense of power and community. From Rudyard Kipling’s “for the strength of the Pack is the Wolf, and the strength of the Wolf is the Pack” to Game of Thrones’s “the lone wolf dies, but the pack survives”, the wolfpack holds an almost legendary status in literature and pop culture throughout time.

And still to others, the wolf can represent a particularly feminist strength. 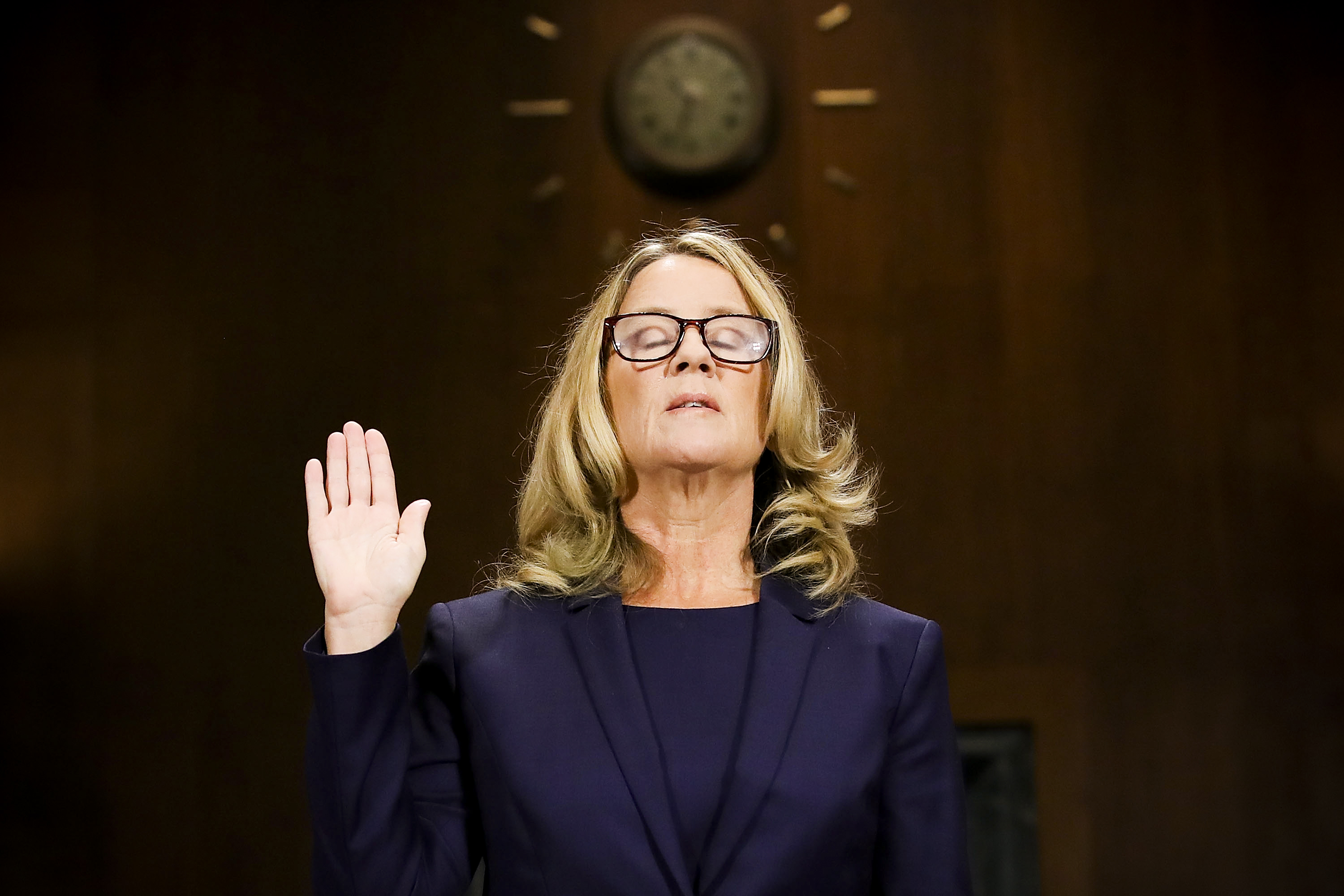 “Throw me to the wolves and I’ll return leading the pack.”

That phrase kept popping into my head in the aftermath of the Christine Blasey Ford and Brett Kavanaugh hearing.

In one sense Dr. Ford was indeed thrown to the wolves, sharing her story with the world, only to be disbelieved, discounted, and dismissed by many people, including those who had the power to stop the confirmation.

But to so many others, that hearing was a galvanizing force, a new generation’s version of the famous Anita Hill hearing that instigated the first “Year of the Woman”. And so while Dr. Ford remains out of the public eye for now, I believe that she is a symbolic leader of the pack that is coming back to take on the patriarchal system that often props up men’s careers at the expense of women.

This is my tribute to the bravery of Dr. Ford, who knew she was going to put herself through hell in the name of civic duty and did it anyway, but who also helped rally a new pack of women ready to set the world on fire.

Inspired by Dr. Ford and dedicated to all the diverse, badass women running for and being elected to office in record numbers…we need you. Keep speaking, keep fighting, keep leading. We’re right behind you.

To create a necklace based on this, I told a graphic designer friend (Cristyn Hypnar) about my idea. She drew me this howling wolf's head, so it's completely original artwork. 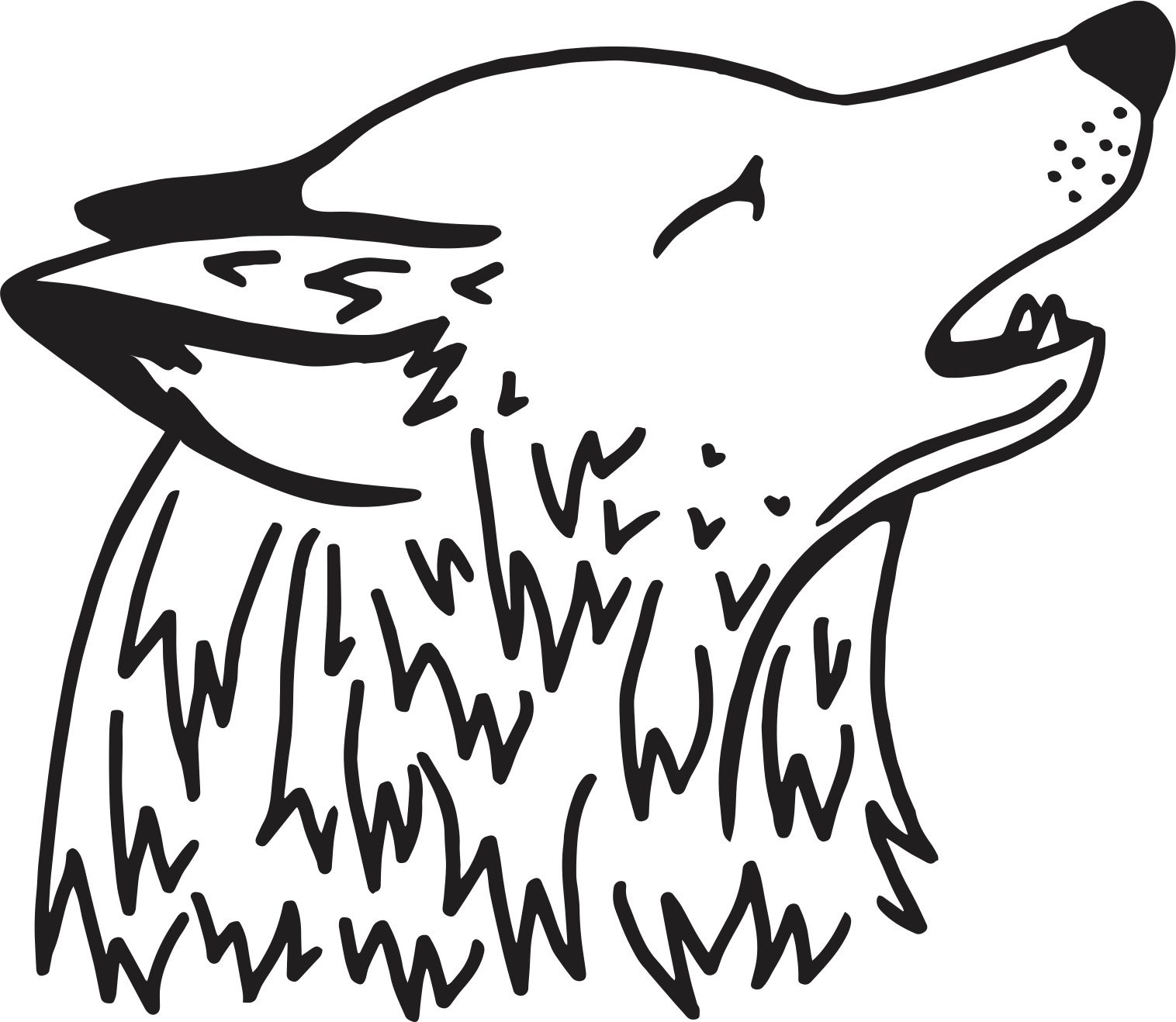 I had that artwork made into a wax seal stamp. 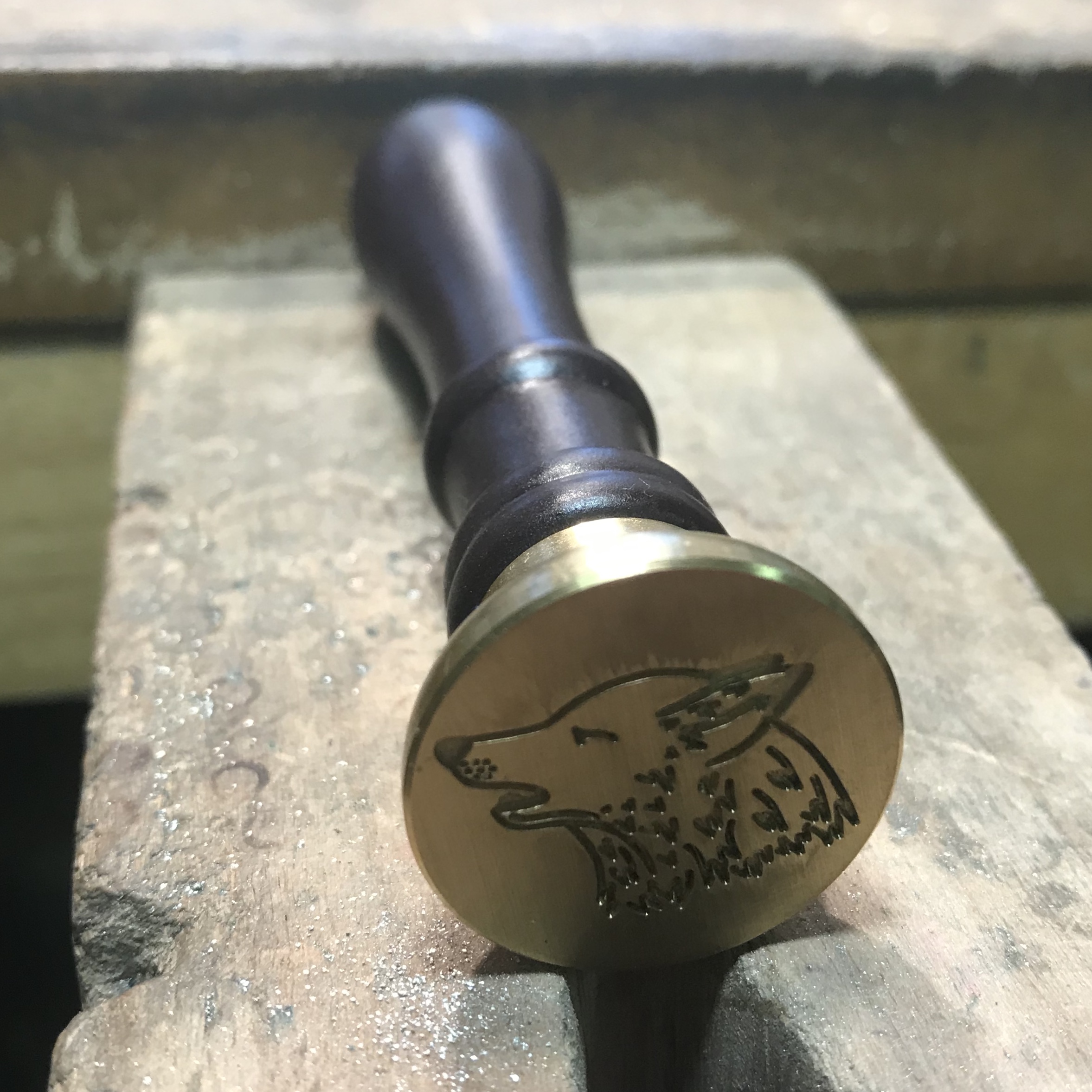 The stamp I then used on precious metal clay, and after many unsuccessful attempts, I was able to produce a stamped circle that I liked. After letting it dry for a day (during which I forgot to take a picture), I fired it with the torch and created this solid sterling silver pendant! 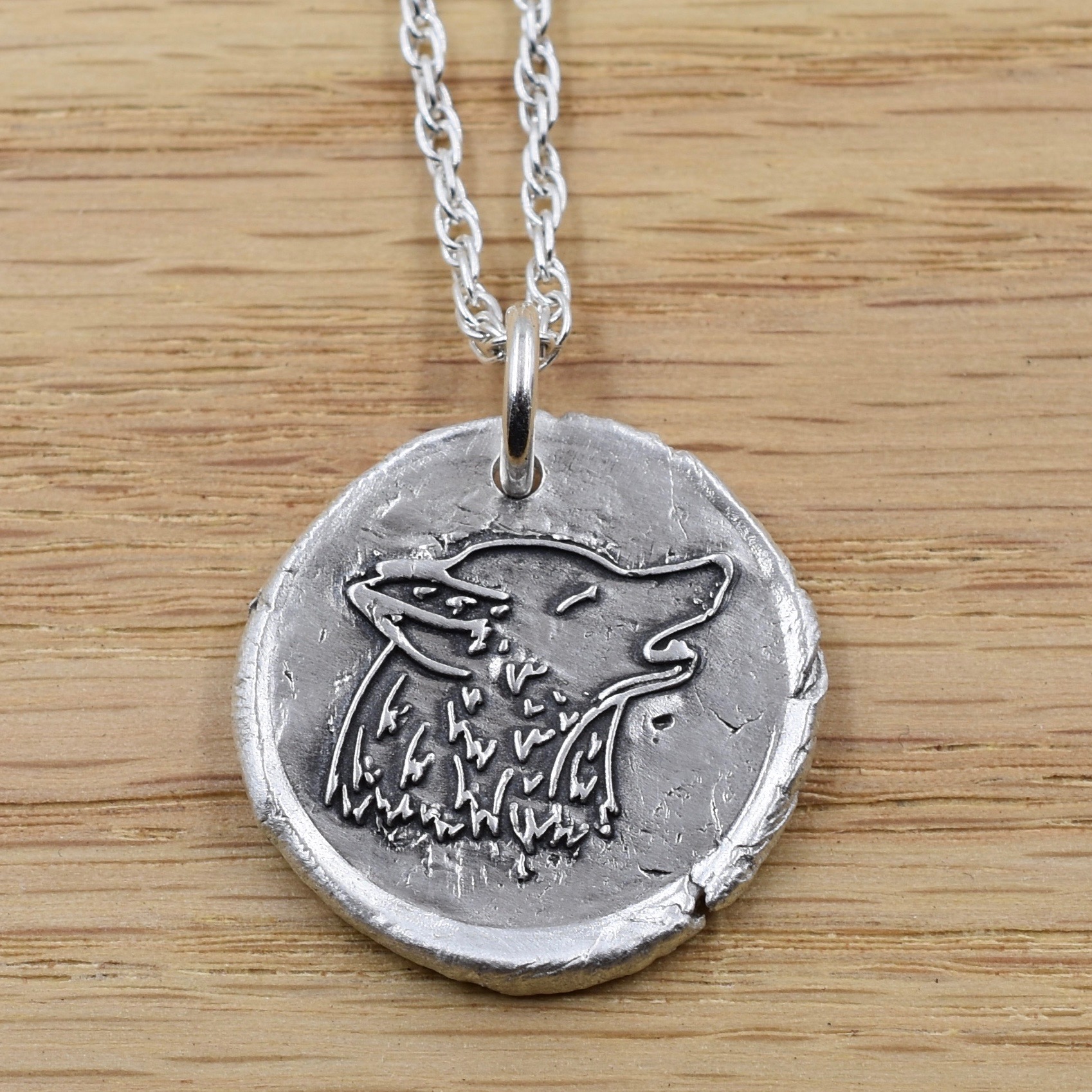 It was quite a process, but I absolutely love how it turned out, and am currently wearing the original myself. 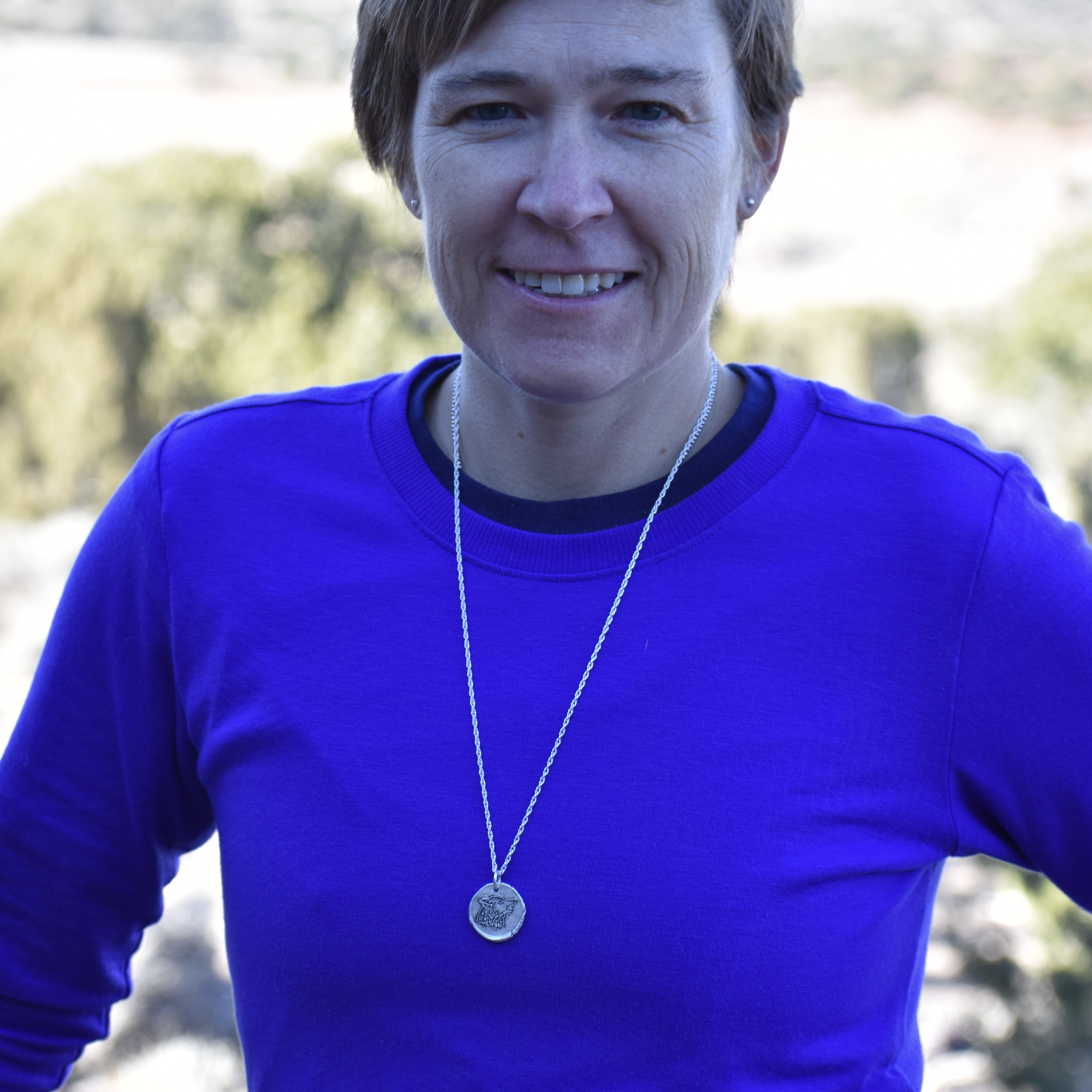 If wolves resonate with you for any reason, this necklace you can't find anywhere else just might be perfect for you.